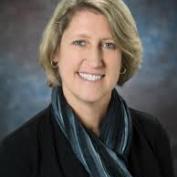 Thank you to everyone who organized and participated in the protests ahead of President Trump’s visit in Kenosha last week. There was a huge turnout of grassroots activism and the energy at Sunnyside Park was unbelievable.

Our collective voice was heard loud and clear. Check out some of the great news coverage from the protest:

WTMJ-TV: Demonstrators called the President the “Outsourcer in Chief” skeptical of Trump’s Buy American Hire American Executive Order. “It’s not going to do anything to protect American jobs and we know from the way Donald Trump does business that he doesn’t care about American workers,” said Scot Ross of One Wisconsin Now.

Fox6 Now: “I don’t really understand this buy American, hire American. He spends lots of time investing in foreign companies. His hats are made in China. Most of his clothing line is made in other countries. The same countries he vilifies he uses for his business,” Brian Eisold said. “We want good, living wage jobs with wages and benefits where people can come to work and support their family and work and retire and do so with dignity,” a protester said.

WISN12 (via AP): The president’s refusal to release his taxes was at the center of the protest, with Americans facing the deadline to file their own. “Release Your Tax Returns! What or Who Are You Hiding,” read one sign. “Grab him by the 1040,” read another, a reference to raunchy comments Trump made about women during a 2005 taping of “Access Hollywood.

While Donald Trump touted a pair of toothless Executive Orders during his visit last week, Senator Tammy Baldwin challenged the President to put legislative muscle behind his “Buy American” promise and publically support her “Buy American” legislation in the Senate.

It was stripped from the final bill by Speaker Ryan and GOP leadership. Now, she’s reintroduced the legislation as the Made in America Water Infrastructure Act at the legendary Neenah Foundry and highlighted how buying American would be a boon for Wisconsin companies like the Neenah Foundry and their workers who famously assist in the building of our water infrastructure.

Her pressure worked, and President Trump told WTMJ’s Charles Benson that he supported her common-sense “Buy American” legislation. It’s a step in the right direction of holding Donald Trump accountable for the promises he made on the campaign trail to American. Those promises must be kept by taking real action and demanding real results. We’re lucky to have someone like Sen. Baldwin who has the courage to stand up to the President and demand he keep his promises to American workers.

I spoke with Joy Cardin on Monday about Trump’s visit and Baldwin’s stellar “Buy American” legislation. Listen to the entire interview on wpr.org.

Last week, the conservative majority on the Wisconsin State Supreme Court voted to kill a petition endorsed by 54 retired jurists to require judges and justices to recuse themselves when hearing cases involving groups or individuals who supported their campaign and helped get them on the bench.

The high court’s decision lets the current rules stand which doesn’t include a distinction for conflicts of interest to make it clear when judges cannot hear cases. The move to reject reform comes after years of large contributions from special interests groups flooding the high court and assisting mightily in crafting the current conservative majority on the Wisconsin Supreme Court.

I am very disappointed by the court’s unfair decision that protects the people who fill their campaign coffers and rejects the opportunity to clean up the court’s ethical reputation.Their actions show that the five conservatives on the Supreme Court who voted against reforming recusal rules value their ties to wealthy special interests far more than preventing corruption and honoring the public’s trust.

You won’t want to miss what she has to say. Register for the convention online at http://www.wisdems.org/2017-state-convention.

The Joint Committee on Finance is finishing up their traveling public hearings. On the road, the committee heard about many issues affecting Wisconsinites. Citizens have many concerns with the Governor Walker’s Executive Budget, you can listen to some of their testimony on the Wisconsin Democrats YouTube channel.

Save the date for an additional Democratic budget listening session coming up in Wausau on April 29. More details are below.

The audio file of this week’s address can be found here:
http://media2.legis.wisconsin.gov/multimedia/Sen16/bewleyradio041917.mp3

A written transcript of the address is below:
“Hello, this is State Senator Janet Bewley with the weekly Democratic Radio address.
“Our memories can be short, but I’m guessing that most people haven’t forgotten our newly elected President’s pledge to drain the swamp of government corruption in Washington DC.  Many of the people who voted for him had high hopes that the tide had finally turned and that ordinary Americans would have a champion in the White House.  Even those of us who didn’t vote for him looked forward to the end of special interest giveaways.
“It’s still too early to tell if that optimism was misplaced.  The outlook here in Wisconsin isn’t very good.  Just two weeks ago, the State Senate voted to give corporate farms unchecked access to your groundwater.  And it’s not just your groundwater, it’s your children’s and grandchildren’s as well.  The bill allows high capacity well permit holders to keep pumping out large volumes of water forever.
“Instead of protecting your rights to safe drinking water or the public’s rights to enjoy our lakes and rivers, my republican colleagues sided with big business donors and insiders.  The facts are clear, these high capacity wells are causing nearby lakes and rivers to dry up.  How many of our friends and neighbor have to wake up to find nothing coming out of their tap before we do something?
Earth Day, I’m asking my colleagues to make a similar pledge – let’s drain the special interest swamp in Madison, not our lakes, this Saturday’s“In honor of ”rivers and streams.  Let’s start putting people first, the special interests can take care of themselves.
Debunking Myths About Raising The Wage

As Democrats, we believe anyone who is willing to work hard and play by the rules should have a fair shot at the American Dream. The fact is that no one who works full-time in America should have to raise their family in poverty, but wages and incomes haven’t kept pace with the rising costs for working families.

Raising the minimum wage helps more than just the wage earner – it helps every taxpayer in the state. Across the country, state and federal governments spend over $150 billion helping workers who earn substandard wages at places like Wal-Mart. By raising the minimum wage, we could stop subsidizing greedy companies and instead invest in schools, roads, and critical safety services.
In Seattle, they gave workers a raise and despite the fear-mongering from their critics, the unemployment rate in Seattle is at a near-record low of 2.9 percent. Read more from SEIU 775 President, David Rolf, about how raising the minimum wage has helped both workers and the city of Seattle.
Get Your Tickets For The 2017 Founder’s Day Gala Featuring Congressman Keith Ellison

If you haven’t purchased your ticket to hear Congressman Keith Ellison at this year’s Founders Day Gala in Milwaukee on May 6th, now is the time to do so. By joining us for the evening, you not only have a great night with other Democrats, but you support the work our team is doing to build our grassroots efforts around the state. Tickets are going fast, so get yours before they sell out! As always, we have a great event planned so we hope you can make it.

Sen. Baldwin: A Rare Day
It’s not too often that President Trump fully agrees with me on something, so it was a rare day this week when he came out in support of my Buy America legislation. In fact, he said he agreed with my bill 100%.

Donald Trump gets his 100-day report card
As Donald Trump nears the 100-day mark in the White House, voters are grading his performance on a partisan curve.

Ryan: GOP putting ‘finishing touches’ on healthcare bill
“We’re in the midst of negotiating sort of finishing touches, because our members want to make sure that we lower premiums,” Ryan said Wednesday during a question-and-answer session during a trip to London.

Paul Ryan’s image worsens after healthcare flop
Amid the collapse of the Affordable Care Act repeal in the U.S. House of Representatives, Paul Ryan’s image is taking a hit — 39% of Americans have a favorable opinion of the House speaker, down nine percentage points from November.

Trump probably won’t defy midterm gravity
The midterms will probably be rough for Donald Trump and Republicans next year.

‘Pivotal Moment’ for Democrats? Gerrymandering Heads to Supreme Court
“Now the Wisconsin case is headed to a Supreme Court that has repeatedly said that extreme partisan gerrymanders are unconstitutional, but has never found a way to decide which ones cross the line.”

Wisconsin lawmakers clash over proposal to block state health plans from covering abortions
Supporters say the legislation is one more step to prevent taxpayer money from directly or indirectly funding abortions, while opponents argue it is an overreach that would interfere with women’s access to reproductive health care.

Bill could help residents pay for lead pipe removal
With thousands of water service lines containing toxic lead still in Racine’s infrastructure, a bill in the state Legislature could make it easier for residents to remove lead pipes.

Our Views: Detached from his district
Paul Ryan, your constituents have waited long enough. It’s time for a town hall, even if it’s only the telephone kind. Something. Anything to show your constituents that you—not only your staff—are hearing their concerns.

Editorial: Rural county that favored Trump and Walker demands end to gerrymandering of voting districts
Another county — this one in rural northern Wisconsin — is taking a stand against the Legislature’s rigged process for drawing legislative and congressional districts.

Rejecting the Republican War on local democracy
The Republican war on local democracy is a top-down effort to prevent Americans from voting where they live to protect the environment, preserve their communities, promote public safety, respect civil liberties, organize fair elections, raise wages, guarantee family and medical leave for workers, and welcome immigrants.

Rep. Considine Column: Show your support for the environment this Earth Day
Did you know Wisconsin is responsible for the founding of Earth Day? In 1969, Governor Gaylord Nelson proposed a day when citizens across the nation would hold simultaneous “teach-ins” to educate each other and raise awareness of environmental issues. His vision spread, and on April 22, 1970, about 20 million Americans participated in the first official Earth Day.

Sen. Miller Column: Waters of Wisconsin and High Capacity Wells
The waters of Wisconsin belong to the people of Wisconsin. This provision is enshrined in our state constitution as a Public Trust. Wisconsin’s Republican-controlled State Senate recently passed a bill, Senate Bill 76, privatizing Wisconsin waters for the benefit of high-capacity well owners. SB76 gives high-capacity well owners permanent rights to withdraw water regardless of the impact on other water users. In spite of court decisions that require the DNR to manage the waters of Wisconsin for the mutual benefit of all users in accordance with the state constitution, DNR Secretary Stepp chooses not to do so. 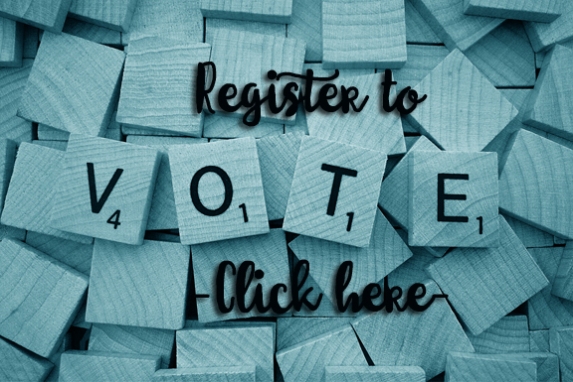